Wandering about a local supermarket recently here in Japan, I stumbled upon these magical delights. This meal set of sorts, only needs water and a microwave to make, and knowing that arcades can’t be the only thing to blog about, off I went on a culinary adventure.

Everything you need… in powder form.

Opening up the package, there’s several packets, that comprise various parts of the set. A packet for the bun, patty, cheese, ketchup, fries and a drink. The instructions are pretty easy to follow so I figured that after looking at everything that they would form some type of sugary imitations that would be more like candy… if only that were true.

The first step, is to empty the french fry powder into its designated mixing area, and then add two droplets of water and start to mix, it’s actually pretty difficult to mix this stuff together as it really did not want to stick together all that well. After muscling it around for a bit, I was able to get it into the flat form, and whisk it in to the microwave for 40 seconds. 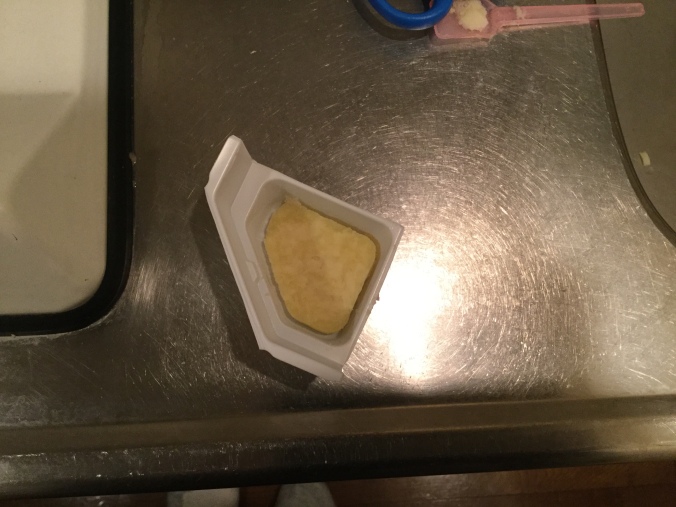 After their stint in the microwave, they formed kind of a fry colored patty with a pungent smell, my expectations were rising by the moment that this would be a treat to remember.

With the side portion of the meal completed, it was time to start on the main dish, the bun and the burger itself. Starting with the patty, the very first thing to notice is it smells strongly of spices and maple syrup. It was at this point, that I realized this was not supposed to turn into some kind of candy imitation… but supposed to taste like the actual thing. 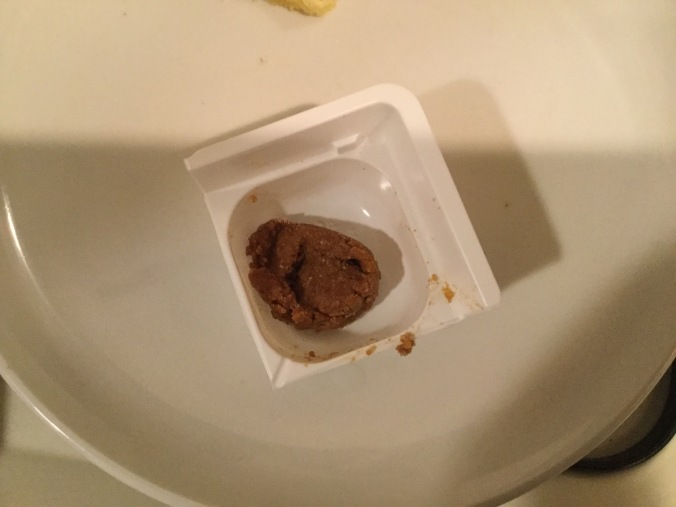 The bun followed suit, and thankfully didn’t smell all too strong, but was surprisingly more batter like than I would have thought from the powder and water ingredients. 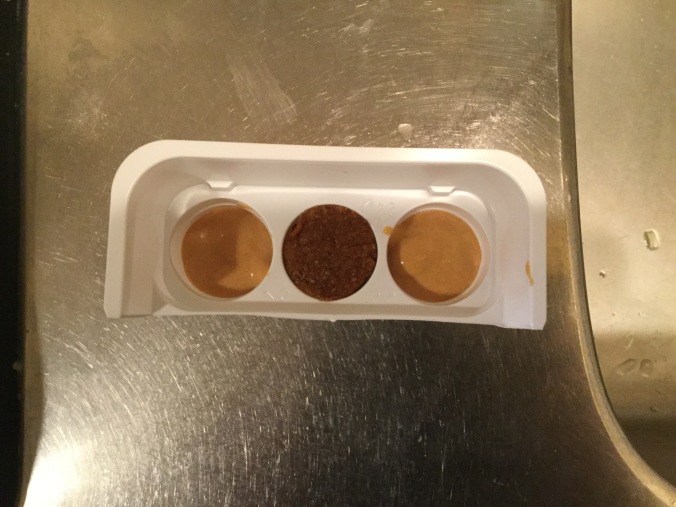 Filling up their tray and ready for their short stint into the micro wave, I was getting excited, after all, it is not every day you get to eat such cuisine.

After their 40 seconds in the microwave, the batter turned into actual bread, though the burger “meat” just seemed to congeal and take on a really bad smell, one that is really hard to describe. But a hamburger meal this is not, so of course we need to start on the cheese!

The cheese was terrifying, as it smelled strongly of Easy Cheese and had all the texture of goo. Though it did smell like cheese… kind of at least. At this point, we are pretty much good to go and create the final product, though we can’t forget the Ketchup for the fries and burger. 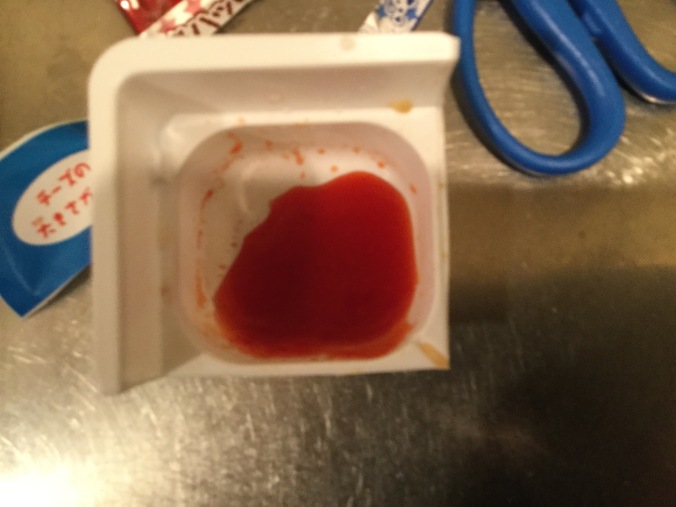 By far the most horrifying part of the set, as this looked like cherry koolaid with weird things floating inside of it, I’ve never been a big fan of ketchup… but if this was all that was offered to me on a desert island… I would starve.

At-least we have the standard thimble of soda to wash it all down with afterwards, this actually smelled really good, and I did look forward to trying it after sampling the main delicacy. 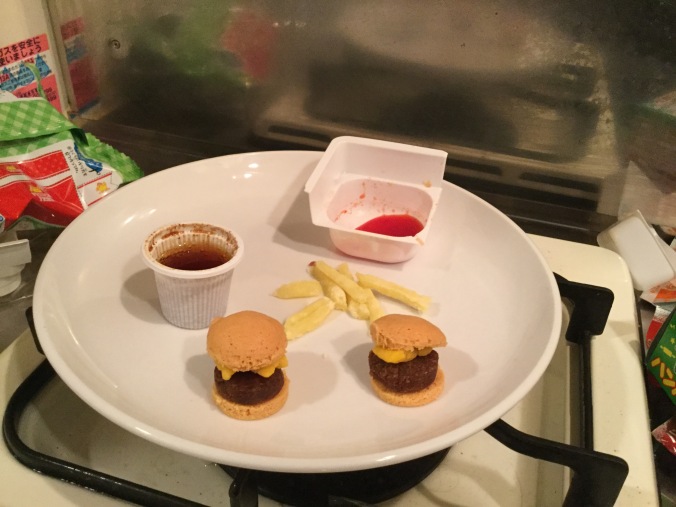 So here we have the final result in all of its glory. Up first, of course the burger, biting in, I experienced a conundrum of flavors that tasted nothing like a cheeseburger at all, just some kind of horrible monstrosity. What ever the spices are that created the ungodly aftertaste should be stricken from the planet at once. Moving to the french fries, they kind of did taste like what you get if you ate an old, cold McDonalds fry, not ideal… but certainly better than what ever the burger was. The ketchup… tasted pretty much what I imagine vinegar mixed with sugar would taste like.

With the melody of crap still lingering in my mouth, I pinned my hopes on the thimble of cola. If anything could save me from this suffering, it would be it. I was wrong. Somehow, someway, the cola only served to magnify the other remaining flavors in my mouth and caused me to gag. Luckily I had prepared a head of time with a Dr. Pepper from the nearby vending machine.

I think this item, might only serve as a gag gift you bring back home from vacations and what not, I can’t see anyone truly enjoying this, the flavor profiles are all out of whack, and it just tastes wrong, not bad, but wrong.