Tokyo Leisureland is nestled on the 6th and 7th floor of the massive Don Quihote building in Akihabara. This game center can be a bit off the beaten path for a lot of tourists who don’t make the venture up Don Quihote, but Don Quihote itself is an attraction worth seeing. It’s also home to some of the cheapest drinks around, which can be useful given the potential for restaurants here to give you a thimble of coke or what ever else your drink is. 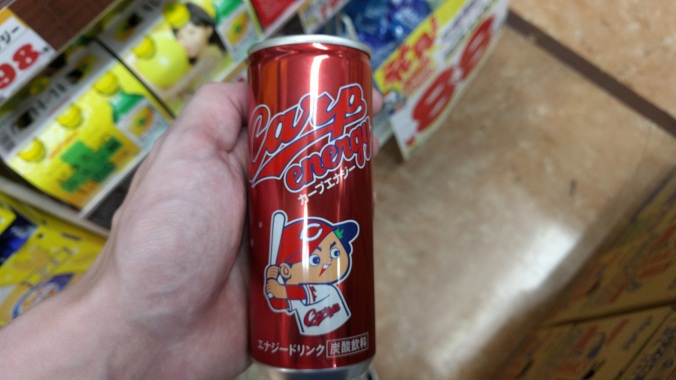 Carp Energy… by the Cincinnati Reds?

After exploring the labyrinth of floors on the way up eventually you will come across the Tokyo Leisureland, there is another location in a stand alone building nestled off on the fringe of Akihabara but that will be for another time.

Leisureland is rather spacious for a Japanese arcade with a good assortment of games to spread around, though something about the lighting makes the game center itself feel kind of stale, it can be a good change of pace if the more crowded locations in Akihabara proper. The UFO Catchers offer a good assortment of prizes, some of which you wont find elsewhere and the vending assortment is solid as well, though out of curiosity I tried the fountain soda machine and it gave me a disappointing amount of liquid for the cost.

This game center gets particularly crowded at night, more so than some other locations due to that its open till 1 am as opposed to 11:30, so it might not be the best place to go if your looking for a more peaceful experience, but if your staying in Akihabara and still want to do something after everything else has closed, this is a good bet. 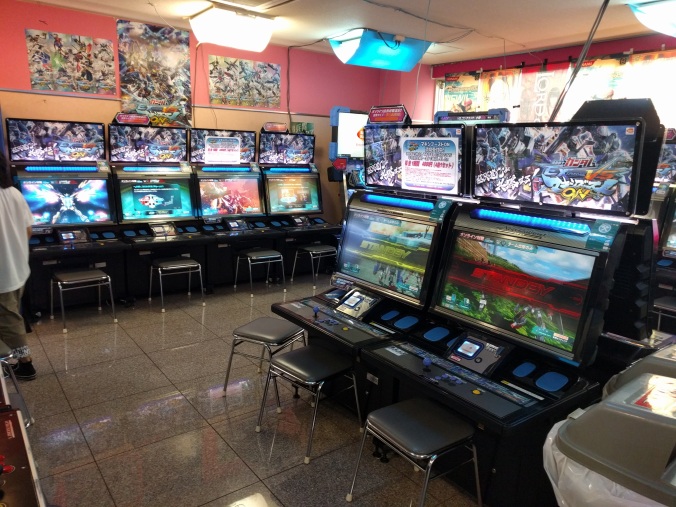 Gundam Ex seems to be the biggest game here, with the most representation by far, I hope to see a console announcement for Maxi On at TGS next month, but until then the Game Center version will have to do. All of the major games are represented here as you would expect, but there aren’t any real representation of less popular titles or older ones, so one would have to journey to HEY! in Akihabara for that. 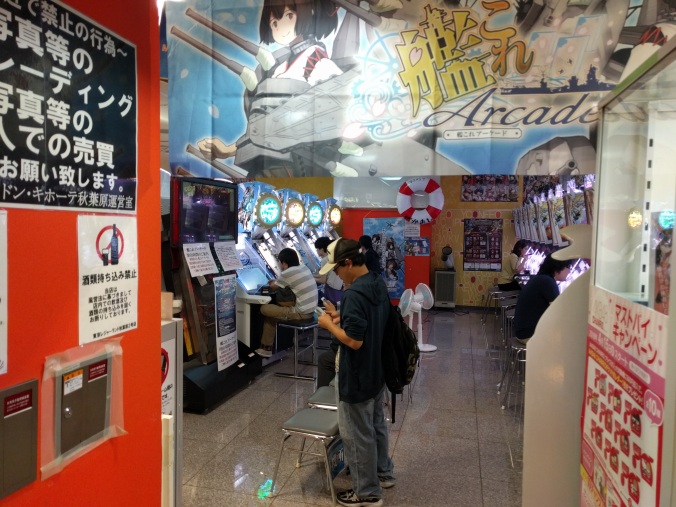 Leisuireland is a solid place to play, though admittedly it does lack a bit of the atmosphere that the rest of Akihabara has. But combined with the trip up Don Quihote its worth a visit once, and possibly more times in the late night hours. Be sure to check out the grocery area on the second floor as well for some good and fun finds.