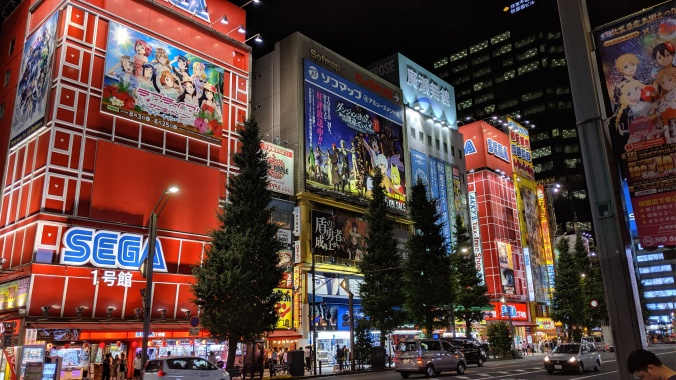 And they would be right, a short little update on the shortened day after arriving in Japan. I made it to the REMM Around 4:30 in the afternoon, so there was a good amount of time to explore or otherwise re-familiarize with the surroundings. Jet Lag was a major issue this time around as it seemed to hit me a bit harder than usual, probably due to lack of sleep the night before.

One thing I was very curious about was the new SEGA building that sprang up recently… I knew beforehand that the majority was crane games, which is true. What I didn’t know however was what the mysterious 4th floor, that my research only listed as “games”, could be… and I was actually surprised for the first time in awhile…. Sega for some reason decided to put in an American themed arcade floor…. 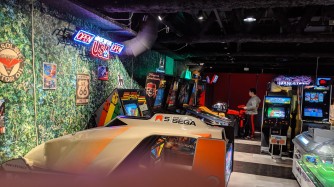 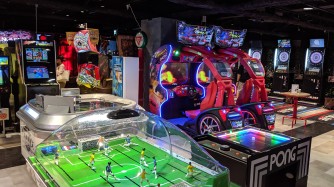 It was pretty corny and did remind me of something like Gameworks from the U.S. the only real interesting thing were the pong machines.

After a bit more exploring and Pepper Lunch, I wanted to find Starwing Paradox, a newer mech combat game. It wasn’t in any of the standard arcades I visit, so I thought I would check out Leisureland, since they normally have some odd games here and there. My hunch proved to be correct, and upon discovering the machine, I could more than see why it is not in many locations… The game is frackin massive. 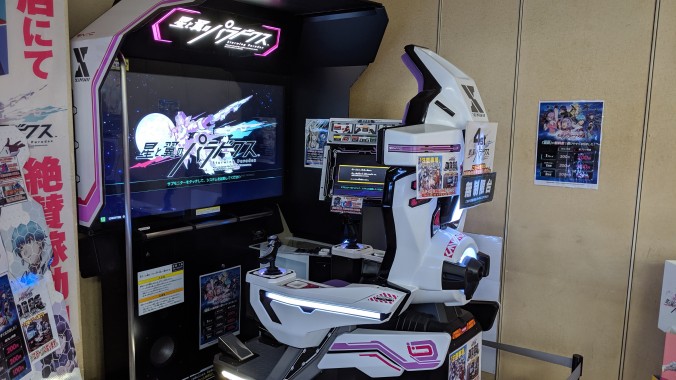 I sat down… put on the seatbelt (yeah there’s a seatbelt) and popped in my Yen. The game is very sharp looking and modern with very crisp art. I also got to take part in the 30 minute long tutorial. Usually I skip these things, but when faced with a control scheme of two joysticks, 2 foot pedals, a plethora of buttons and a touch screen. I felt it best to take part.

Without going too much into detail, that will probably come in a later post, this game is bananas. It has a very high level of complexity, plus the motion from the chair and force feedback really sold it. My Mech had a Beam Magnum type gun, and every time I fired it, I could really feel the force behind the shot as the entire chair would recoil.

Anyway, that’s all for the Day 0 post. Stay Tuned for more!