Deciding to head to a bit of a different area of Tokyo this time, I ventured up to Takadanobaba which is a station on the JR Yamanote line, its 2 stops from Shinjuku and 2 stops from Ikebukuro by train, leaving this as a much more quaint area since many people would head to either of those two destinations over this one.

Its location however does not prevent it from having a pair of quality game centers, a Taito Game Station, and a local place simply called Mikado.

Taito Station Takadanobaba is located on the 6th floor of a large department store called Big Box that’s attached to the station. Though the entrance can be a bit tricky to find as the easiest way is via elevator, once inside though your greeted with a rather spacious arcade which is fairly rare for a game center outside of Odaiba. This Taito Station offers several benefits to playing at a more centralized area such as Akihabara or Shinjuku. For starters it is a fairly quiet arcade, both in terms of noise and player base, it also has a solid selection of Medal Games for players looking to try those out as well. Many of the game machines have USB charging ports added to them so if your concerned over the battery life of your phone or other device you can charge right up while playing.

Though this arcade does offer some disadvantages as well, It is large and spacious, though it lacks somewhat in personality. The arcade it self does not have any major specialties in games, though it does have a solid mix, the number of machines available for even popular titles is usually about 4-6, where as in Akihabara for example the more popular games can see 16-20 cabinets without much issue. One thing to note is that while there is no smoking at the game machines themselves, the smoking areas were often congested and overwhelmed by a plume of smoke, so if heavy smoke is a concern be sure to avoid those areas.

For Takadanobaba, while Taito station caters to the modern gamer with the popular titles like Gundam EX, Wangan 5 DX, Wonderland Wars and so forth, the best game center in this area has none of those games.

Situated along side the train tracks, lies Mikado, an excellent little nook game center that is not easily found as it rests along a rather dim street that does not see much traffic. 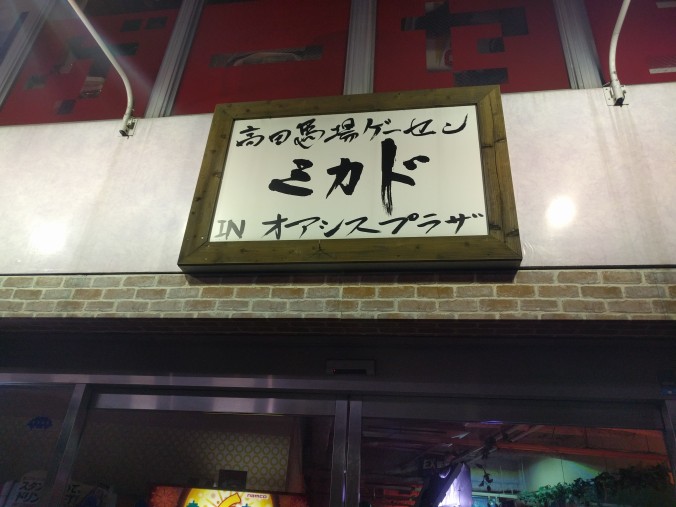 Mikado is rather rare for Tokyo in that it caters to fans of Retro games of all types, from Sports games to Fighting Games to Shmups, just about all kinds are represented here. The first floor contains some awesome titles like Power Drift and Metal Hawk, as well as others like Tank Force and Star Blade. These titles may not sound familiar for those that grew up outside of Japan, as I don’t remember seeing any of these in any Arcades back home. But they offer a blast of what Game Centers offered some 25 years ago. 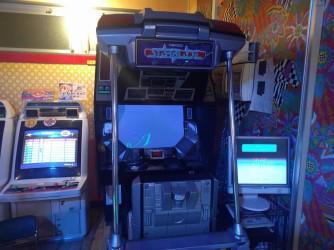 While the first floor offers all sorts of experiences, the second floor is home to some serious fighting games. The walls littered with tournament brackets and tournament sign ups, I lost count of how many fighting games were offered up here. Everything from the latest BlazBlue title, to Street Fighter II and pretty much everything in-between could be found up here. 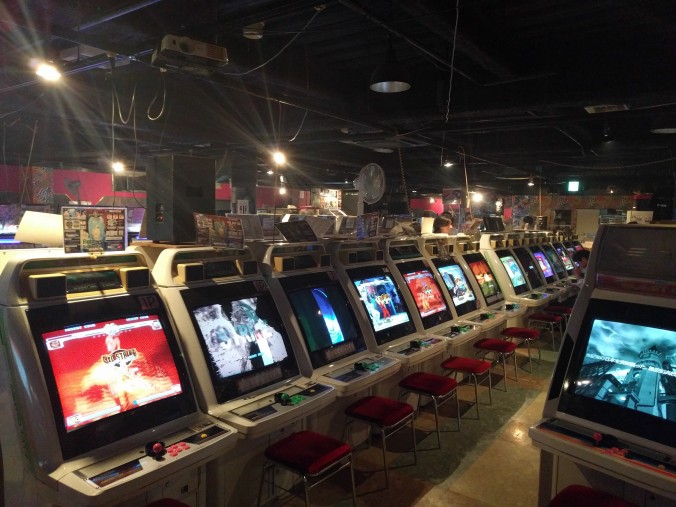 I was half tempted to go down the line trying all the different titles here, but time would not permit it, so that will have to wait for another day. Mikado is absolutely worth the trip for fans of late 80’s-90’s. Will very well have a more detailed look at Mikado sometime in the future as the it was shortly before closing time when I arrived.

Takadanobaba station is a good choice to visit if looking for a more quaint experience outside of the major stations. Whether its new or old you can most likely find the place to play at here, though try to look up where Mikado is ahead of time as it is a tricky place to find.